E-Reputation of Friday the 13th: A figure cursed all times 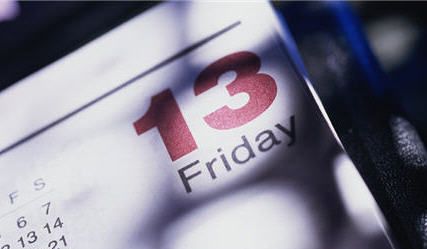 E-Reputation of Friday the 13th:

A figure all times cursed .

The evil powers granted to Friday 13 are very old and date back to antiquity. At that time the number 12 was the law because there were 12 moons in the year 1 ... 2 Gods of Olympus, 12 labors of Hercules, 12 signs of the zodiac. The reason why the 13 had a bad reputation due to the fact that he was following the 12 perfect harmony breaking and leading right to the disorder. Already in ancient Rome, Friday was considered an unlucky day. Corresponding to the day of execution of sentence. But the most credible source is rooted in the Bible. Friday is also banned one day the Bible as Jesus was crucified on Good Friday. In England it was the day of the hanged. According to some scholars, it is a Friday that Adam and Eve would have bitten the forbidden apple, which earned them being expelled from Paradise.

To be more exact, the origin of Friday the 13th comes from the arrest Friday, October 13, 1307 and by order of King Philip IV (the little son of Saint Louis) of all Templars in France. Of the 140 Templars of Paris handed over to the inquisitors, 54 were burned after confessing crimes of heretics like spitting on the cross. Which will then very famous Curse of the Grand Master Templar Jacques de Molay, the kings cursed the word "Friday" is not found anywhere in the Bible or the New Testament or the Old Testament; It instead uses the term "sixth day".

At the Last Supper, Last Supper of Jesus Christ with his apostles, they were 13 at the table. The 13th guest, Judas betray Jesus and suffer the Passion. Since then, it is believed to be the fact table is 13 encouraged to curse. Friday, or the sixth day of the week according to the Bible, is the day of the Crucifixion of Jesus Christ. It would be a Friday that Cain killed his brother Abel. Herod massacred the innocents on a Friday. One Friday, the devil tempted Eve and Adam ate the forbidden fruit. Adam and Eve were subsequently expelled from the Garden of Eden on a Friday.

The Temple of Solomon was destroyed on a Friday. It's a Friday began the great flood, and Noah's Ark was launched on the waves. According to Christian, Satanic ceremonies, there are 13 Attendance: twelve witches and a devil with Frigga. After the invasion of northern peoples and Germanic, and their conversion to Christianity, Frigga, the Norse goddess of love and fertility, was banished, sent to a mountain top and seen as a witch. Since then, every Friday, the goddess full of resentment convene eleven witches and the devil to plot practical jokes to play during the following week.

But today all over the world have not ruled on Friday 13 as a day unlucky for Italy, despite the presence of the Vatican, 13 does not shake. Rather, the Friday 17 superstition that transalpine hold their breath. Because 17 is written XVII in Roman numerals, which is the anagram "VIXI 'meaning' I lived 'in Latin. In Latin America, Spain or Greece, it causes on Tuesday 13

the emotion. While in China, the figure 4: the pronunciation of this number is very close to the word for "death"!

On this personal blog, the story of Friday 13 throne for seven years among the most read ...